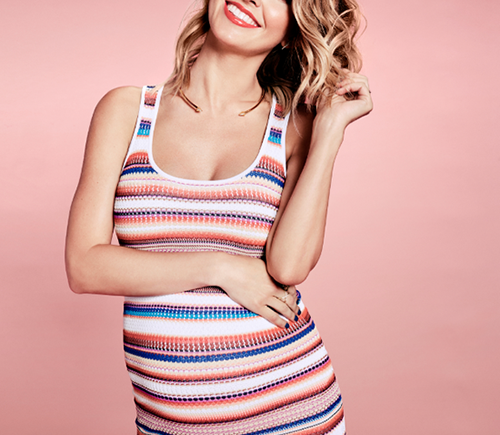 She’s gearing up for motherhood and Audrina Patridge also has a wedding to think about after the arrival of her bundle of joy.

In her cover story for Fit Pregnancy and Baby, the reality television starlet revealed, “I didn’t want to rush getting married, because stress is bad for the baby. I was a little worried about people judging me for it, but [my fiancé] Corey wasn’t. He said, ‘Stop caring what people think. Their opinions don’t matter.’ Anyway, we’ve already been together for so long, it’s like we’re already married. It’s just a title at this point—and a ring.”

Of her November nuptials, Audrina explained, “We just finalized the guest list, and it’s about 130 people, mostly family. As far as friends go, we only invited the ones who’ve been there for us in the past year and who will continue to be there for us for the next 30. So, no one from The Hills made the cut. If we were doing a really big wedding, I’d invite them, but we’re keeping it intimate.”