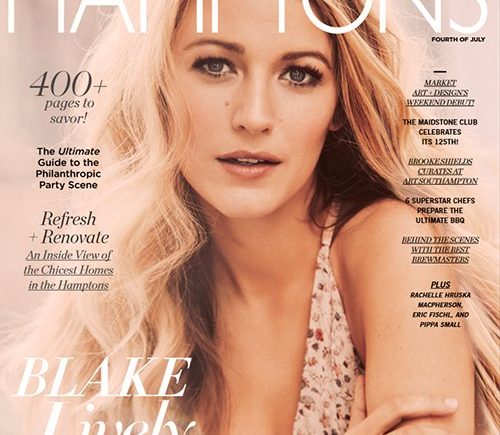 The “Gossip Girl” gal is gorgeous as she discusses her recently-released flick “The Shallows”- “There would be cameras on helicopters and we’d be doing 16-minute takes, so it would go from out of the water, to in the water, to underwater, to getting hurt, to being attacked— it was very intense in every way…Ninety-nine percent of this movie was me acting to a piece of pink tape or a man with a shark fin swimming around me in circles just so the camera could track where the shark would be CGI’d later. That was incredibly challenging because I really appreciate having a costar to play off of and I feel like they always make me better. This movie, I only had my imagination to play off of. ” 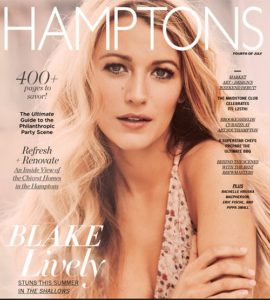 As for her experience working with Woody Allen on “Café Society,” Blake gushed, “It’s really cool to work with a director who’s done so much, because he knows exactly what he wants. The fact that he does one shot for an entire scene—[and] this could be a scene with eight people and one to two takes—it gives you a level of confidence because when he’s got it, he knows he’s got it. He also is really encouraging as to why he cast you, so he’ll say, ‘Say the dialogue that’s written and then you can improvise for a while.’ And his dialogue is so specific, and it’s speaking in a 1930s dialect and [with period] references, so it’s intimidating to think, Oh, let me just improvise there and hope that my words blend seamlessly alongside Woody Allen’s. Which they clearly wouldn’t and don’t. But he’s very empowering.”