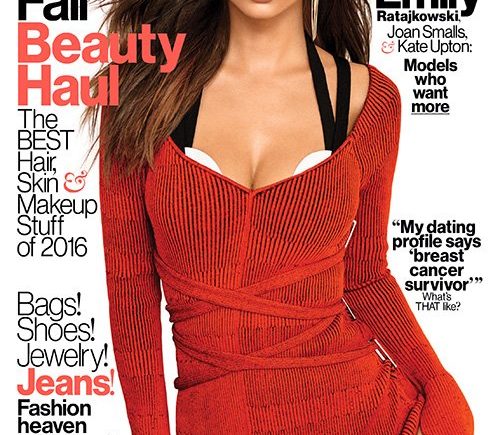 Emily Ratajkowski, Joan Smalls, and Kate Upton have been unveiled as the lovely ladies gracing the trio of covers of Glamour magazine for their October 2016 issue.

Emily Ratajkowski
On being called an “attention whore”:
“Often it’s men propelling these acts of sexism, but women discount one another too: Think about how many times you’ve heard a woman say about another woman, ‘Oh, she’s just doing that for attention.’ We’ve internalized this trope. Our society tells women we can’t be, say, sexy and confident and opinionated about politics. This would allow us too much power. Instead our society asks us to declare and defend our motivations, which makes us second-guess them, all while men do what they please without question.”

On the double standard of wanting attention:
“Look at pop culture: Mick Jagger is 73, and he still sometimes wears his shirt open and gyrates onstage. We understand that this is a part of his performance and artistic brand. Meanwhile, when Madonna, who is 58 and a revolutionary in that same kind of artistic sexuality, wears a sheer dress to the Met Gala, critics call her ‘a hot mess’ who’s ‘desperate.’ But isn’t she just making one of her signature political statements about female sexuality (and, incidentally, about our ageist, sexist culture too)? In any case, they are both performers who undoubtedly like attention. So why does Madonna get flak for it while Jagger is celebrated?”

Joan Smalls:
On how she jump-started her career:
“I had a game plan: Make sure to get an exclusive. Shoot with this photographer. Go to events. Be social. But also being black and Hispanic, you have so much to prove to yourself and your family and everybody back home. I wanted to prove to people it doesn’t matter if you come from a small little island, that you can make it in this industry.”

On other barriers she’d like to break:
“I’d like to see more beauty campaigns for girls who are mixed Latina and black. And if I’m in them, that’s great, but overall there’s a scarcity there. Companies need to be more mindful of the world we live in and who their consumer is.”

On wishing she were curvier while growing up in Puerto Rico:
“Everyone does, especially when you’re younger and guys don’t like you because you’re flat-chested and have skinny legs. I would double up my socks so my calves looked bigger. But around junior high school, my attitude changed. I was like, It is what it is.”

Kate Upton:
On people telling her to lose weight when she first became famous:
“At first I tried to diet to become their image, but eventually I realized that it wasn’t realistic—that this is just the shape of my body. So I had to block them out. I think that the people who are the loudest about wanting to change you are the people with the least amount of vision and creativity.”

On what keeps her going:
“I love what I do—I love fashion. Whatever you wear, it really sets the tone for the day. If I’m in sweatpants, I fully become that person—I’m lazy and kind of a mess. The opposite is also true; fashion can give you confidence. And things have definitely changed in the industry, mostly for the positive. We’re more accepting now. For me, someone like Ashley Graham, who loves her body and is always talking about it, is inspiring.”

On working out with fiancé Detroit Tigers pitcher Justin Verlander:
“This is probably bad to say, but I’m going to say it anyway: I always thought that baseball players were kind of fat and not athletic. I was really surprised by how athletic Justin was. I wanted to learn tennis, and he goes out and he’s never played before and just beats me. I’m thinking, This is the worst. Who invited you?” 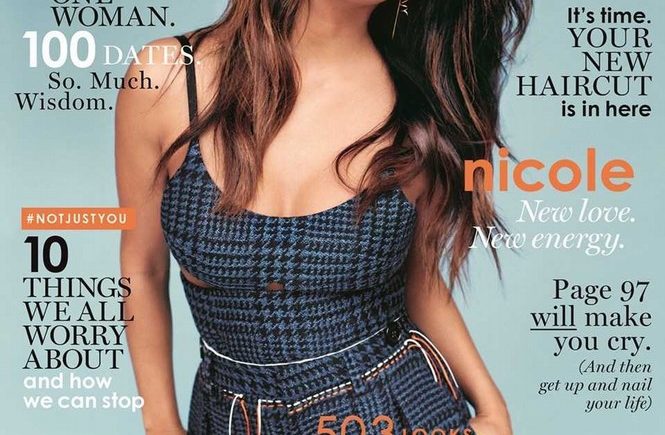