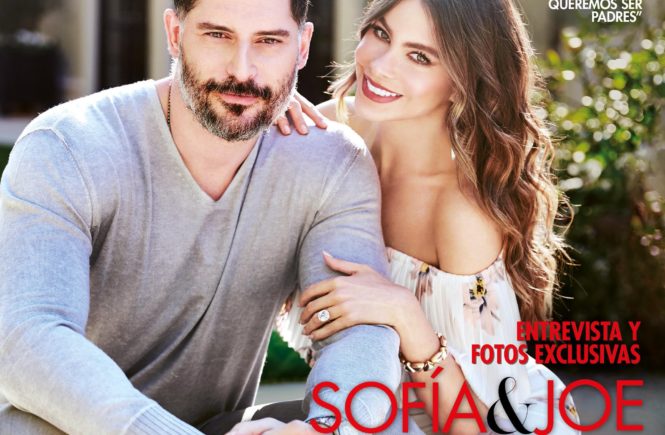 Sofia on why she hadn’t moved in with anyone until her son, Manolo, went to college: “Partly because I hadn’t found the right person and I knew that if I moved in with someone, it would have a psychological effect on my son. I wasn’t going to bring a man into my son’s home. I think that’s why I always wanted long-distance relationships, with men in other countries.”

Joe on when he knew he wanted to marry Sofia: “We realized very early on that we each had to put the other person’s happiness and wellbeing head of our own. Once you realize that kind of trust has manifested, you hang on for dear life. Or in my case, you go and buy a ring.”

Sofia on whether it bothers her that some people think her character on Modern Family is a stereotype of Latin women: “What’s wrong with being a stereotype? Gloria’s character is inspired by my mom and my aunt. They are both Latin women who grew up in Colombia, like me. They love color, prints and shoes . . . It upsets me when Latinos complain about Gloria. I am grateful for the opportunity because the gringos have let me in with this strong accent I have. Eight years ago, nobody had an accent like this on television.”